NEW in 2015, Busch Gardens will open until midnight on Fridays and Saturdays throughout Summer Nights! From the 27th June to 16 August, during Summer Nights, thrill seekers can challenge North America’s tallest freestanding drop tower Falcon’s Fury® and Florida’s first triple-launch coaster Cheetah Hunt® in the DARK! Plus, the award-winning Kinetix show returns with rock-fueled music and acrobatics at 9pm on the Gwazi™ Field. An amazing fireworks show will also light up the sky every night of the event with an incredible aerial display set to popular music! ‪#‎BuschGardens‬ ‪#‎Tampa‬ ‪#‎SummerNights‬ ‪#‎Florida‬

US Customs pre-clearance is on the way to UK airports

Manchester airport and Heathrow have been shortlisted by the US Department of Homeland Security as priority airports to host US security pre-clearance.

Pre-clearance, which allows passengers to clear immigration, customs, and agricultural inspection by US Customs and Border Protection (CBP) before boarding their flight, means that passengers can avoid waiting in often lengthy queues after landing in the US. 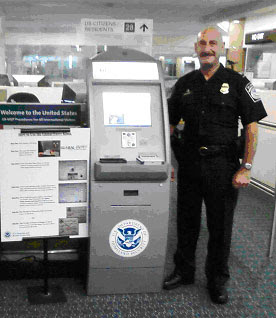 International flights which have been pre-cleared can use domestic terminals at US airports, meaning passengers connecting onto onward domestic flights can do so with shorter transfer times than those who have not been pre-cleared.

Only two other airports in Europe – Dublin and Shannon - allow for pre-clearance, with none offering it in the UK.

“We have this now in 15 airports. I am pleased that we are seeking negotiations with ten new airports in nine countries.

“I want to take every opportunity we have to push our homeland security out beyond our borders so that we are not defending the homeland from the one-yard line.
“Pre-clearance is a win-win for the travelling public. It provides aviation and homeland security, and it reduces wait times upon arrival at the busiest US airports.”

Airlines serving the US from Manchester include Delta, American, United, Thomas Cook, Virgin Atlantic and Thomson, accounting for more than 1.3 million passengers a year. 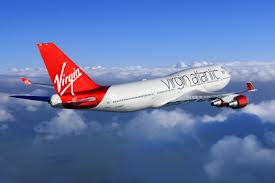 Manchester airport managing director, Ken O’Toole, said: “We have been in discussion with the US Department of Homeland Security for some time about securing pre-clearance at Manchester airport for passengers travelling to the US.

“It is pleasing to see we are on the priority list of airports, as a service like this has the potential to enhance the customer experience for passengers travelling to the US from the UK’s global gateway from the North.
It will potentially make Manchester more attractive to airlines looking to start routes from the US into the UK.
We look forward to working with both the UK and the US governments in the coming months to ensure that Manchester remains a priority and is granted pre-clearance status.”
Posted by Travelshopflorida at 01:38 No comments:


PANTOPIA is the newest attraction at Busch Gardens Tampa! Here you will find thrilling rides and attractions, new culinary options, shopping and exciting entertainment in a brand new indoor theatre! The centerpiece of Pantopia is Falcons Fury, Busch Gardens newest attraction. Falcons Fury stands at 335 feet tall, it is North America's tallest freestanding drop tower! Riders tilt 90 degress in midair to a "face down" position and a few seconds later they will plunge straight down at 60 mph!! Are you brave enough??!!!!!


Having ridden Falcons Fury I would personally recommend it as a must do attraction while in the Tampa area for anyone that has that adrenaline junky side. as soon as I had ridden it once I went back through the line and rode it again, it is unlike anything I have ever ridden before! 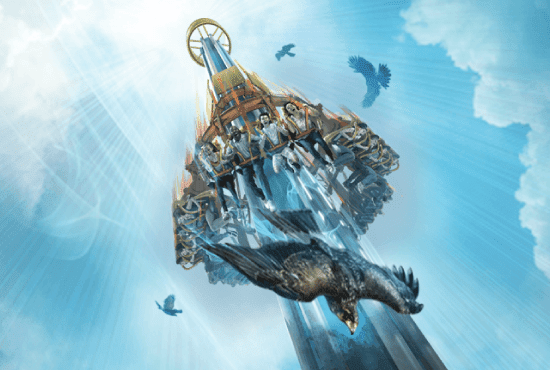 Bush Gardens Tickets are available for 2015/16 at www.travelshopflorida.co.uk

Posted by Travelshopflorida at 08:21 No comments: